Letter from China: Life on the Myanmar Border, Part Two

Editor's Note: This is the second installment of a two-part Field Note on the China-Myanmar border.

Like other Jinghpaw families in Yunnan, their homes are in the isolated mountains along the border. But none of them have a desire to go back. The two of them had spent most of their lives elsewhere, in Sichuan, Guizhou and some coastal cities with sizable Jinghpaw migrant communities. One of them already bought a ticket to the Chinese city of Kashgar in southern Xinjiang, where she has secured another lucrative job.

But the Jinghpaw in China are ethnically identical to the Kachin in Myanmar, and that international divide has not been kind to their family on the other side. China has special "ethnic preference policies" that pump up the price of Jinghpaw-owned land to three times as much as rich farmland in China's agricultural center of Hubei, making it easy for them to cash out and become prosperous. Myanmar's Tatmadaw, by contrast, regularly confiscates Kachin land and attacks Kachin villages. 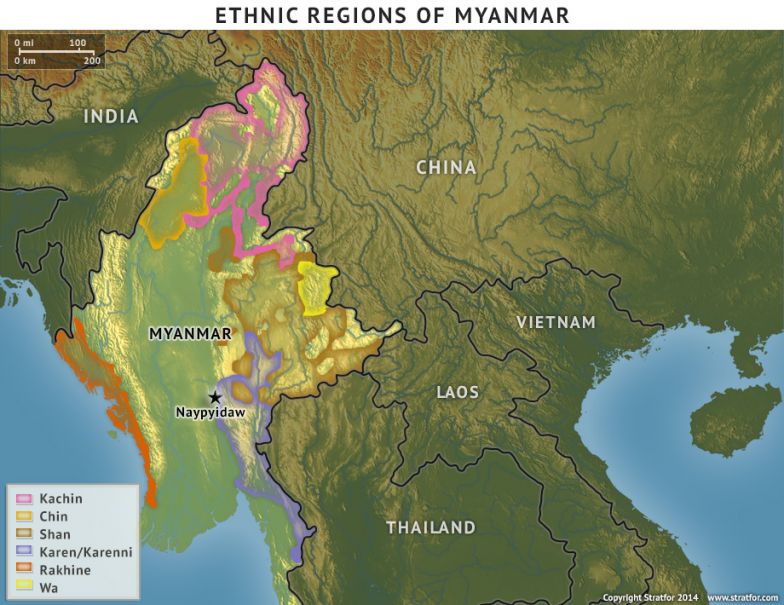 When recent fighting broke out between the Tatmadaw and Kachin militants, the two girls told me how their Kachin relatives were pushed into Internally Displaced Persons camps along the border, funded by local Chinese government agencies and charities. The girls brought money, food and other necessities to their family in the camps. They even campaigned, along with thousands of other Jinghpaw, for the Chinese government to join the war against the Tatmadaw. The girls also said they feared the influx of illegal migrants from Myanmar because most migrants are part of the ruling Bamar ethnicity.

Interestingly enough, they had never heard the name "Kachin" to describe their cousins on the other side of the border. To them, the people we call Kachin were not their ethnic compatriots but a nearby population, among which many of their literal blood relatives lived. I did not know what to make of this, except to conclude that their family ties far outweighed their ethnic consciousness and certainly transcended the artificial international border.

But when I asked the girls whether they were Chinese or Jinghpaw first, they said that their Chinese identity definitely came first. This was different from Myanmar, where the Kachin identify themselves primarily as Kachin and not "Myanmar." For the Chinese Jinghpaw, and many other ethnic minorities in Yunnan, the pull of the Chinese core is strong, whereas for Myanmar's minorities the pull of Myanmar's core is weak.