Counterintelligence in the Private Sector 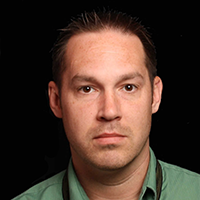 When it comes to research and development, the United States spends more than any other nation. According to the National Science Foundation's National Center for Science and Engineering, the U.S. spent $499 billion dollars on R&D with 69% of that sum coming from the private sector. Knowing this, foreign intelligence services have been targeting U.S. businesses rather aggressively over the past few decades. Theft of intellectual property belonging to U.S. business can save foreign competitors millions, if not billions, of dollars each year. The U.S. business sector, however, has been ill equipped to deal with the collection attempts by both foreign powers and business sector competitors. Losses to U.S. companies range from tens of billions to hundreds of billions annually and these far ranging estimates do not always consider tertiary losses. Economic espionage is so problematic because not only does it undermine U.S. national security, but it also harms the overall economic well-being.

Politics, warfare, and economics are indeed the pillars of the modern nation-state. These pillars are intertwined to such an extent that success or failure in one will undoubtedly affect the others. With the U.S. having such a large private industry the relationship between the government and industry is such that government involvement in protecting trade secrets is not as integrated as it is in other economies. Granted, U.S. defense industry is required to have counterintelligence and insider threat programs designed to protect trade secrets and national security information, but these requirements do not extend to other elements of private industry. Furthermore, many businesses do not like to report the loss of intellectual property for fear that it will undermine investor and consumer confidence in their company. The substantial losses to U.S. businesses each year are bad enough, but not knowing the full extent is far worse. This is why estimates of dollar loss due to intellectual property theft vary so significantly. This situation may not be immediately measurable in the damaged it causes to the U.S. politically, militarily, or economically, however the advances made by Washington's adversaries suggest that damage exists even if we cannot put a precise number on it.

The U.S. congress passed the Economic Espionage Act in 1996 to help combat the threat to private industry, and by extension, the U.S. economy. The Federal Bureau of Investigation took the lead in outreach to private industry and slowly found success in gaining cooperation from U.S. businesses. For years, the FBI had implemented various outreach programs to private industry with some dating back to the 1930's, but the division between government and private industry is difficult to breach. Even today, companies are still hesitant to work with the FBI because they often have to play an active role in the investigation and eventually testify at trial. Furthermore, many businesses do not have policies in place to begin an investigation of their own accord when they have suspicions of wrongdoing. The situation has improved - especially over the past decade - and yet the targeting of private industry by foreign intelligence services continues. Cooperation between the government and industry has improved in the realm of investigation, but it is inadequate to dissuade collection attempts in the first place.

Dissuading a foreign intelligence service from collecting information that it needs is nearly impossible in the first place, but hardening security practices is immensely helpful. This will not remove the threat, yet mitigation is a process that is successful in preventing most collection attempts. This does not mean that a business must behave in ways correlative to government intelligence agencies, however. Building security into policy and operating procedures goes a long way in preventing the loss of intellectual property as opposed to adding cumbersome layers of security after a breach has occurred. Accepting government outreach will help the U.S. private sector become more resilient to collection attempts and will aid national security by protecting the larger economy and denying U.S. adversaries access to defense or other dual use items. Geopolitics is, at its most basic, the pairing of geography and power, and while private industry cannot change geographic realities, they can assist in better protecting their trade secrets and thus denying tangible elements to an adversary that can enhance their power.