The Organized Crime and Terrorist Nexus: Overhyping the Relationship 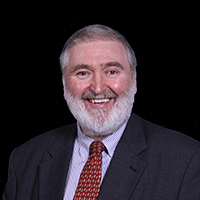 An enduring and sometimes inescapable tendency in national security circles is inflated threat assessments. This is not surprising: it is usually far less dangerous to exaggerate than to downplay threats to national and international security. Yet, this tendency is not without its problems, not least because it wastes resources and leads to policies that are unnecessary or ill-advised. While this is perhaps most pernicious relation to geopolitical competition, a similar tendency is at work when assessing threats posed by violent non-state actors. In this context, observers such as Tamara Makarenko have focused on the notion of an organized crime-terrorism nexus, arguing that cooperative linkages between criminal and terrorist organizations create powerful synergies that make both types of organization far more deadly and dangerous.

The nexus thesis is based in large part on confirmation bias: analysts looking for cooperative relationships between criminals and terrorists almost invariably find them. The questions they ask about cooperation narrow the range of evidence, focusing exclusively on one type of relationship. A much broader and more neutral question would focus on the set of varied relationships that can exist between criminals and terrorists. This latter question does not lead in the same way to preferential results favoring cooperation; instead it typically yields examples of conflict as well as cooperation. As Ekici, Williams, and Akbulut discussed, the PKK initially taxed Kurdish drug trafficking networks crossing its territory, and after it decided to enter the drug business, it then fought a series of turf wars against these networks to establish dominance over heroin markets in Europe. As a variant of this, in Iraq in 2006 and 2007, the Sunni insurgents in Anbar Province allied with US forces against Al Qaeda in Iraq (AQI) after AQI sought to muscle in on their criminal activities (and marry their women).

This is not to deny that cooperative relationships between criminals and terrorists also exist. Such relationships tend to be strongest when criminals and terrorists share a common geographic space that provides them with common criminal opportunities. In Iraq, Afghanistan, and the Islamic Maghreb, for example, insurgent or terrorist groups offered money for foreign hostages; criminal groups specializing in kidnapping captured foreigners and sold them on. Criminals and terrorists develop other supplier and customer relationships, particularly when terrorist organizations are using criminal activities as a funding mechanism. Commercial relationships, however, typically involve buying or selling of goods and services, and do not a nexus make. In the licit world this is called commerce; in the underworld, it is deemed a nexus even though the relationship is simply about demand and supply and might involve no more than a single transaction. Moreover, even a steady supplier relationship between criminal and terrorist networks does not mean that they go beyond this and develop common ventures or tactical and strategic alliances.

Sometimes, the relationship is presented as cooperative when, in fact, it involves coercion and intimidation rather than voluntary coming together for some mutually beneficial task. It has frequently been argued, for example, that Al Qaeda in the Islamic Maghreb is protecting Colombian cocaine traffickers moving their shipments from West Africa to Europe, and that this is an exemplar of the nexus. It is at least equally, if not more, plausible, however, that the protection involves, in the classic line from the Godfather, “an offer that cannot be refused.” In other words, the protection that is offered is typically no more than a euphemism for extortion or taxation of goods being moved through areas that AQIM controls. Similarly, when Lebanese drug traffickers based in Latin America move their proceeds back to Lebanon they typically are charged a 12% tax by Hezbollah. This does not necessarily mean that the traffickers strongly support let alone are part of Hezbollah – although in some cases they might be sympathetic to the organization.

Some of the other arguments that are presented in support of the nexus are even less compelling than the protection euphemism. Because criminals and terrorists are clandestine, have similar tactics for evading law enforcement and intelligence agencies, and use similar routes and methods for moving contraband, does not necessarily mean that they cooperate with one another. Similarities do not necessarily correlate with cooperation. Chris Dishman has argued, more persuasively, that mutual reliance on network structures provides more opportunity for interaction and cooperation that is not initiated by their respective leaders. And it is certainly true, as Michael Braun has suggested, that in many bars and dives terrorists and criminals inevitably rub shoulders with one another. The possibility of cooperation, however, does not necessarily result in cooperative ventures. There are often significant barriers against criminal and terrorist cooperation, ranging from divergent and potential conflicting objectives, to a lack of trust, concerns over infiltration by law enforcement and intelligence, a desire by criminals to avoid risks of heavy retaliation and government crackdowns in response to terrorist attacks, and a desire by terrorists to avoid the potential exposure and the loss of legitimacy and status that could come from consorting with common criminals interested only in money and with no loyalty to the cause. While it is true that in the last few years ISIS has been recruiting petty criminals and juvenile delinquents in Europe, this is a sign of both desperation and hope that outcasts and rejects of society will be readily susceptible to radicalization. Moreover, dealing with individual petty criminals is very different from dealing with an organization of professional criminals.

In the final analysis, for terrorists the use of extortion and other criminal activities as a funding mechanism is far more important than working with the current generation of criminals. For criminal organizations, terrorists provide far more business complications than business opportunities. As labels go, therefore, the nexus of organized crime and terrorism has far outlived its usefulness, except for those in the business of threat inflation.