No Justice, No Peace: Why Justice Sector Reform is A Critical Part of Counter-Terrorism 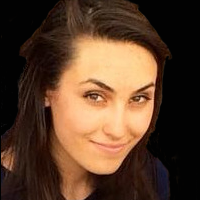 Comments made in response to an ambush in Niger that cost the lives of four American servicemen, by Secretary of Defense Mattis and Senator Lindsey Graham suggest that the United States will intensify its counter-terrorism efforts in West Africa and the Sahel. According to Senator Graham, “The war is morphing - You’re going to see more actions in Africa, not less; you’re going to see more aggression by the United States toward our enemies, not less.”

Lost in the bluster is an assessment of how we can improve upon previous counter-terrorism efforts. One of the biggest hurdles to effective counter-terrorism efforts in partner nations is the nature of the justice system in these countries. This is an especially pressing need in West Africa and the Sahel, where police and government officials are often regarded as predators, not protectors, prisons are often overcrowded, and due process long overdue. American efforts at countering violent extremism, however, frequently overlook the justice sector’s role; part of this is an aversion to the ‘softer side’ of counter-terrorism efforts, though another significant hurdle are the legal barriers that the US government faces to police training as a result of an amendment to the Foreign Assistance Act made in the 1970s.

Engaging in military training and capacity building in the absence of complementary justice sector reform creates security gaps that undermine American strategic objectives in the region. Consider the fact that, following the attacks on the Radisson Blu in Bamako, one of the weapons used by the militants had been handled by so many of the Malian police that it was stripped of all forensic evidentiary value. According to the BBC, a French gendarme examining the Kalashnikovs used in the attacks said that, "there are too many fingerprints on them now, so we can't get anything useful as to their identities," he told reporters in the capital, Bamako.

The neglect of justice sector reform doesn’t just impede investigations — as is evident in popular opinion, it reduces overall trust in government. Consider a 2013 Transparency International report, which found that 20 of the 36 countries worldwide where the police are ranked as the “most corrupt institution” are in Africa. This report also suggested that, “the police are the most often bribed institution, followed by the judiciary; 31% of people who came into contact with the police report having paid a bribe. Bribery rates of the police were 75% or higher in seven countries, including six African countries.”

Across the region, 47 percent of respondents to an Afrobarometer survey said that they trust their police “not at all” or “just a little”. Many report having to pay bribes to police officers; the overburdened, under-resourced, and frequently corrupt court systems move too slowly through the cases presented to them and there is a prevailing sense, in many countries, that justice goes to the highest bidder. A review of prisons around the world found that the highest rates of overcrowding were found in Africa; in 16 of the 39 African countries reviewed, occupancy rate was above 150 percent. It should come as little surprise that “a sense of grievance towards, and limited confidence in, government is widespread in the regions of Africa associated with the highest incidence of violent extremism.”

Misconduct within the justice sector has served as a rhetorical and recruitment boon to terrorist and criminal groups across the region. While efforts to ‘counter violent extremism’ (CVE) have focused on countering narratives, a 2017 report, Journey to Extremism, found that those who were recruited into extremist groups demonstrated significantly higher rates of the “belief that government only looks after the interests of a few; low level of trust in government authorities; and experience, or willingness to report experience, of bribe-paying” than those who did not join such organizations; the report further notes that “grievances against security actors, as well as politicians, are particularly marked, with an average of 78 percent rating low levels of trust in the police, politicians and military.”

In short, grievances against the government are a more reliable predictor of who will join an extremist organization than the metrics we’re currently relying upon. The report found that, “a striking 71 percent pointed to ‘government action’, including ‘killing of a family member or friend’ or ‘arrest of a family member or friend’, as the incident that prompted them to join” the violent extremist organization (VEO). Drawing on interviews with former fighters in Mali, Somalia, and Nigeria, UNDP asserts that the report “throw[s] into stark relief the question of how counter-terrorism and wider security functions of governments in at-risk environments conduct themselves with regard to human rights and due process. State security-actor conduct is revealed as a prominent accelerator of recruitment, rather than the reverse.”

Just as abuses by the security and justice sector can be a boon to VEO recruitment, the UNDP report also found that effective service provision and good governance can be a source of community resilience against VEO narratives. This hopeful finding suggests that, if the United States is serious about countering terrorism in West Africa and the Sahel, it needs to invest in good governance and justice sector reform.