Jihad: The Misfortune of Misinterpretation 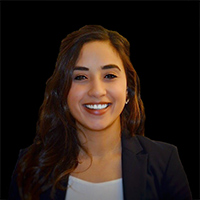 Islam has been plagued with faulty interpretations, misrepresentations in the media, and extremists hijacking the religion. Over the years, I’ve encountered many who are ill-informed about Islam but express genuine curiosity and an eagerness to understand. The topic of greatest confusion to them is typically reconciling the violent acts of extremists with all other peaceful Muslims. To address this, I begin with the concept of jihad.

Jihad is among the most misunderstood, yet widely referenced, Islamic concept in contemporary discourse, and has become synonymous with holy war, al-harb al-muqaddasa. Here’s the twist, holy war is not only a term that never once appears in the Qur’an (war is not holy in Islam, it is either justified or not) it does not exist in classical Arabic. The actual word for warfare and fighting in the Qur’an is qital, a term that has likely never made it to the headlines. On the other hand, jihad is the individual’s internal, spiritual struggle to persevere and obey God’s will on earth. Jihad also encompasses, but is not exclusive to, a material component—the just use of force.

Rules are laid out in Islam governing the use of force and warning against transgressing during warfare (verse 2:190). The Qur’an prohibits any offensive acts and only permits violence in the form of self-defense. Islam forbids the killing of children, women, senior citizens and those involved in monastic services, as well as harming trees (particularly those bearing fruit) and slaughtering the enemy’s flock (unless needed for food). Yes, the Qur’an goes as far as warning Muslims against harming or burning trees! If that wasn’t enough, Islam also prevents Muslims from committing any acts of violence once enemy forces desist.

In spite of this, extremists have distorted verses to disguise their heinous acts under the cloak of religiosity—not unlike Christian or Buddhist extremists. One of the most critical and controversial of these is referred to as the verse of the sword. It is one of the main verses forming the foundation for extremist groups’ justification of violent jihad and among critics’ favorite excerpt for depicting Islam as a religion promoting violence against non-believers. However, extremists only cite half the verse:

“And when the [four] sacred months have passed, wherever you encounter the idolaters, kill them, seize them, besiege them, wait for them at every lookout post” (9:5).

Chilling! Read alone, the verse is alarming and undoubtedly calls for attacking polytheists, and that’s precisely the message Salafi jihadists are trying to convey. However, three critical elements are missing: historical context, the second half of the verse, and the preceding and subsequent verses. Imagine following a cooking recipe without the ingredients and only step four of 15. Extremists do just that, cherry-pick verses without providing historical context (ingredients)—which explain the who, what, where, when, and why a verse is in the Qur’an—and omit either the rest of the verse or the preceding and subsequent verses (the full recipe).

Now let’s try citing the verse with all its ingredients and the full recipe. The verse of the sword refers to the breaking of the Treaty of Hudaybiyah between the Prophet Muhammad and the tribe of Quraysh and their respective allies. The Quraysh and its allied tribe breached the treaty by attacking a tribe allied with the Prophet, warranting defensive retaliation. In the verse, “idolaters” is an explicit reference to those who violated the treaty and “wherever” refers to whether Muslims encounter these tribesmen inside or outside the Sanctuary in Mecca, where war and bloodshed are otherwise forbidden. Therefore, the verse does not provide blanket justification for attacking non-Muslims everywhere. Further, extremists intentionally omit the other half of the verse:

“But if they repent, and perform the prayer and give the alms, then let them go their way. Truly God is Forgiving, Merciful”.

The subsequent verse is equally crucial:

“And if any of the idolaters seek asylum with thee, grant him asylum until he hears the Word of God. Then convey him to his place of safety” (9:6).

The second verse requires Muslims to provide asylum to idolaters upon their request, convey to them the message of Islam, and then release them. Together, the two verses provide idolaters with two options to escape armed conflict: accept Islam or seek asylum with Muslims. The forced conversion of idolaters to Islam is in no way a precondition for their release. Further, both verses have been interpreted as applying exclusively to Arabia, not the world.

Context and language are critical to understanding the Qur’an. Concepts like jihad are elusive in nature owed to their changing connotations, something extremists have shrewdly exploited. The crux of the problem is therefore not regarding the concept of jihad itself or the Qur’an’s mention of violence and warfare, but rather what certain terms and verses have come to symbolize and how extremists have weaponized them. It is therefore imperative that we exercise caution before allowing extremists to dictate how we should interpret our religious texts. If we reject their goals, methods, and values, why would we listen to them here? The ninth-century Islamic scholar Sahih Muslim said, “there will arise at the end of time, people who would be young and immature in thought but they would talk in such a manner as if their words are the best among creatures. They will recite the Qur’an, but it would not go beyond their throats.”